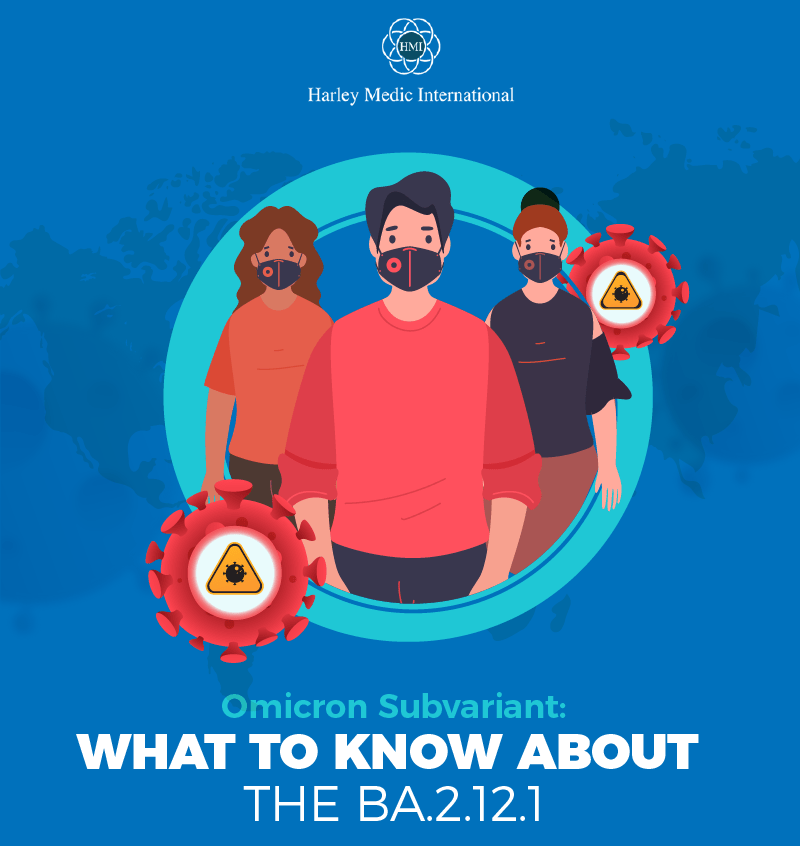 As long as the SARS-CoV-2 virus continues to spread, it will also continuously evolve into new variants that have the potential to cause new waves of infections. Since the start of the pandemic, various omicron subvariant have emerged and been named by the World Health Organization (WHO).

However, until this day, the Omicron variant remains in the spotlight with its subvariants giving rise to surges. Most of which can evade the antibodies that individuals have generated from previous infections and vaccinations.

Recently, a new subvariant of the Omicron strain of SARS-CoV-2 has overtaken previous variants, accounting for the majority of cases in the northeastern United States. While it has yet to earn an informal nickname, scientists have labelled it as BA.2.12.1. Accordingly, the subvariant has been detected in at least 70 countries including the United Kingdom.

The BA.2.12 and BA.2.12.1 are closely related subvariants that have recently been spreading in various countries. The BA.2.12.1 has mutated on the part of the spike protein of the SARS-CoV-2 virus that binds with human cells. According to research, this subvariant is 25% more transmissible than the “stealth Omicron”.

The original Omicron variant has 30 mutations in the spike protein which helped attached the virus to the cells and increase its transmissibility. On the other hand, BA.2.12.1 contains 20 of such 30 mutations including 7 new ones. This is data is said by Benjamin tenOever , Ph.D., a professor of microbiology and medicine at New York University and also an affiliate member of the New York Genome Center.

Currently, there is no sufficient evidence indicating that BA.2.12.1 causes more severe illness than previous variants. Government officials are also in the process of collecting new information regarding the effectiveness of vaccines in protecting people from this subvariant alongside its characteristics that sets it apart from other COVID-19 strains.

COVID-19 cases have been on the rise in various countries driven by an increase in infections caused by the BA.2.12.1 Omicron subvariant. Experts and public health officers have noted that the subvariant has clinical symptoms similar to BA.2 flu-like symptoms, affecting the upper respiratory tract symptoms but not the lungs.

Susan Huang, M.D., the medical director of epidemiology and infection prevention at UCI Health in Orange County also said that initial symptoms might appear related to a scratchy or sore throat, often quite mild. Additionally, some might experience early symptoms like sneezing or a runny nose – which infected individuals might think to be merely allergies or a mild cold.

As the symptoms of this subvariant can be easily mistaken for a common cold, especially today when many restrictions are currently being lifted, taking a coronavirus test is significant.

With how the coronavirus variants continuously increase, the current situation can be compared to a genetic “drift” that scientists often see when tracking influenza and other viruses. For the foreseeable future, the emergence of new variants is likely to accumulate minor genetic mutations on top of previous Omicron subvariants. It is also highly likely that new variants could evolve and evade immune system responses that can cause a surge in cases like the case when Omicron overtook Delta. Due to these risks, people must still remember to take a COVID-19 test in case they develop symptoms related to the SARS-CoV-2 virus.

Read More: Omicron Variant : What we know about the new coronavirus variant

← Prev: Can I Still Order COVID Test Kits When Free Testing Ends? Next: Which countries are allowing unvaccinated travellers from the UK? → 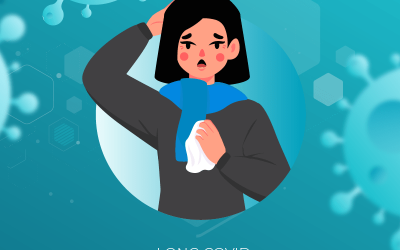 A staggering number of two million people in the UK are estimated to be suffering from long COVID as reported by the... 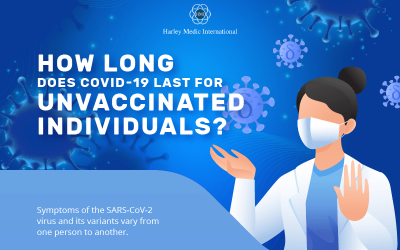 How Long Does COVID-19 Last for Unvaccinated Individuals?

COVID-19 Unvaccinated: Symptoms of the SARS-CoV-2 virus and its variants vary from one person to another. Various... 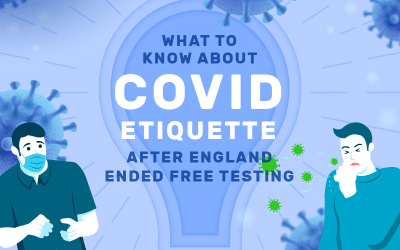