What to Know About the New BA.4 and BA.5 Omicron Subvariants 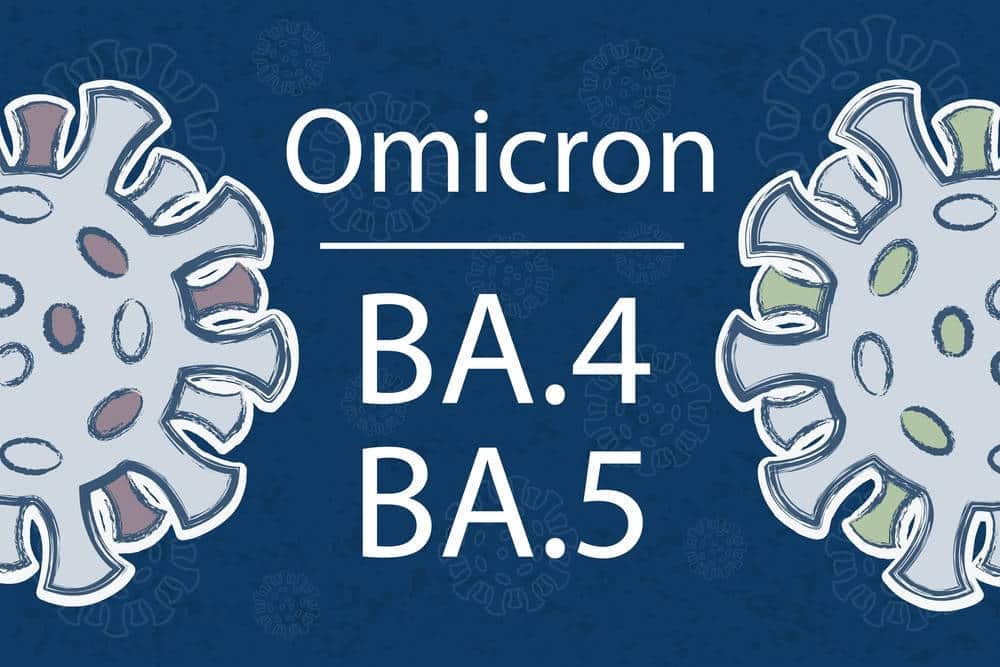 Just weeks after the BA.2 Omicron subvariant caused global concerns due to the surges it caused globally, two more iterations of the Omicron variant were found by scientists in South Africa in April – designated BA.4 and BA.5.

These subvariants are additional members of Omicron’s growing number of subvariants. Both have been detected in various countries worldwide. According to an update from the U.S Centers for Disease and Control and Prevention on June 21, the subvariants account for nearly a quarter of COVID-19 cases in New England.

Accordingly, recent data shows that the two subvariants have begun to spread more rapidly to several other countries. They have evolved from the Omicron lineage to become more contagious and can even bypass immunity from previous infection or vaccination.

Here is what to know about the latest Omicron subvariants:

These two Omicron subvariants are similar to BA.2 strain but they carry unique mutations, including changes called L452R and F486V in the viral spike protein that might increase its ability to latch onto host cells and (skirt) some immune responses.

A preprint during May also found that the subvariants share an origin with past Omicron strains. However, an unpublished analysis led by evolutionary geneticists William Fishcer and Better Korber at Los Alamos National Laboratory in New Mexico suggest that the variants are offshoots of the BA.2 instead.

The two geneticists also found that many genome sequences classified as BA.2 in public databases are BA.4 or BA.5. As a result, researchers could be overlooking the variants’ rapid rise and the diversity of mutations carried by them.

They can escape immunity

Omicron subvariants BA.4 and BA.5 were first identified in South Africa in January and February 2022 and these new versions of Omicron are said to bypass antibodies created by previous vaccinations or prior infection says Paul Bieniasz, a professor at Rockefeller University.

Additionally, several research groups such as a consortium based in Japan, a team at Columbia University, and an international group including South African scientists have tested antibodies from past Omicron infections against the two subvariants and found that such antibodies can offer more robust protection against Omicron BA.1 or BA.2 than against BA.4 or BA.5.

Such findings have been yet to be peer-viewed but it is considered as part of an expected trend in the coronavirus’ continued evolution for scientists like Bieniasz. It is also expected that future variants will continue to acquire more mutations that enable them to invade the antibodies generated in response to vaccination and infection.

The severity of newer variants has limited data as of this writing though scientists from South Africa had fewer cases of hospitalizations and deaths during the surge of BA.4 and BA.5 compared to the BA.1. Nevertheless, it is clear that the two subvariants including BA.2.12.1 are more contagious than previous versions of the Omicron, allowing them to spread even faster.

According to the estimates of the Centers for Disease and Control Prevention CDC, BA.4 and BA.5 grew from causing 1% of new COVID-19 cases nationwide in the first week of May then causing 22% in the week ending June. Consequently, about 64% of new infection of BA.2.12.1 has similarly exploded in the US.

Also, data for Helix, a genomics and viral surveillance company, found that BA.4 and BA.5 subvariants are gaining ground while past versions of the Omicron decline.

Where have the variants been detected?

The two Omicron subvariants first started causing new waves of infection in South Africa, but in recent weeks, it has started growing in numbers in the US. So far, both subvariants have been identified in several countries aside from South Africa.

According to a report from the UK Health Security Agency or UKHSA with data up to April 22, BA.4 was present in the UK, Austria, Denmark, Belgium, Germany, Israel, Italy, Canada, France, Australia, the Netherlands, Switzerland, and Botswana. Additionally, on the same date, health authorities identified BA.5 in Germany, Denmark, France, Australia, Hong Kong, Australia, Norway, Pakistan, Spain, and Switzerland.

Few countries are sequencing large numbers of Covid-19 positive tests despite clear indication that testing and sequencing remain critical. As a result, though the recorded cases for both variants are currently low, the number of actual infections is likely to be much higher.

The European Centre for Disease Prevention and Control or ECDC reclassified BA.4 and BA.5 as variants of concern recently this May 12. After this, there was a sharp rise in cases in Portugal where the Portuguese National Institute of Health estimated that BA.5 was responsible for causing 37% of all positive cases. The ECDC also reported that while there is a lack of evidence of increased severity over previous variants, the two subvariants are indeed more transmissible.

The US has also designated BA.4 and BA.5 as variants of concern but the UK has yet to follow suit. Instead, the UKHSA has published a risk assessment of the subvariants comparing them to BA.2. The said assessment suggests that the two might be better at evading the immune system than BA.2, but again, the data is insufficient for a reliable conclusion.

It is expected that BA.4 and BA.5 will spread further and they will not be the last subvariants to cause a rise in infections. The lack of testing and sequencing is also part of the reason why variants are not detected early. For instance, in England, PCR tests are mostly done on hospital admissions and as such admissions are biased towards older adults, it might take longer for variants to show up if they spread first among children and young people.

What will come next?

As it is likely for COVID-19 to be with us for years, it will continuously challenge countries to keep COVID cases under control and eventually get back to normal. Until then, the emergence of new Omicron subvariants is likely to continue. Future variants are likely to also evade immunity and they could come with other worrying properties. It is unclear yet where the BA.4 and BA.5 subvariants might appear next but as global immunity and repeated vaccination and infection build, it is expected that the frequency of SARS-CoV-2 waves to slow down.

← Prev: Omicron BA.2 variant: Here’s what we know so far Next: History of Travel Guidelines to England and What it is Like Today → 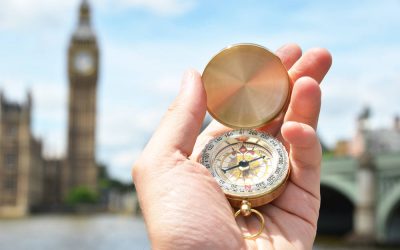 Travel Guidelines: Various travel restrictions have been placed in the UK in response to the coronavirus pandemic.... 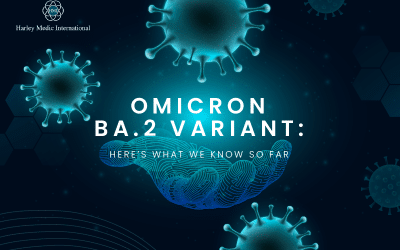 Omicron BA.2 variant: Here’s what we know so far

Omicron BA.2 variant: The COVID-19 cases worldwide continue to rise and fall amidst the gradual ease of travel... 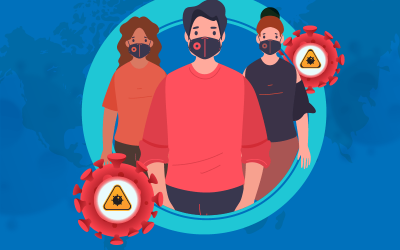 As long as the SARS-CoV-2 virus continues to spread, it will also continuously evolve into new variants that have the...