The difference in various Antigen test

Perhaps you have heard or read the phrase “COVID-19 testing is significant” so often that every article you come across mentions it at least once. That is because COVID-19 testing is invaluable in the efforts to contain and mitigate the pandemic by diagnosing infected individuals and preventing widespread transmission.

As the number of cases continues to surge in various countries globally, there has been a demand for a rapid and accurate test to diagnose SARS-CoV-2 infection. As such, various countries are purchasing millions of rapid antigen test kits for mass testing.

Antigen tests are widely used in European countries as a part of the nationwide effort to beat the virus. In the UK, antigen testing is used for screening in airports before flights for entry and exit, allowing travellers to be immediately tested.

What is an antigen?

An antigen is any substance, particularly molecules, that can stimulate a response from the immune system to produce antibodies against it. It can originate from within the body or externally, as a substance from the environment such as viruses, bacteria, chemicals, and pollen.

Antigen testing is a method that can detect an active infection with SARS-CoV-2, the coronavirus that causes COVID-19. An antigen test looks for antigens found on the surface or outside of a virus.

This test is performed by collecting a sample taken by swabbing the nose or back of the throat. Some samples are processed in a laboratory but the majority are usually analysed on-site, providing results within 15 minutes to an hour.

The purpose of antigen tests is to determine if a person has COVID-19 and are primarily used for screening and diagnosing COVID-19.

A PCR test can detect the genetic material of the coronavirus. It is often administered by trained personnel,  contains specific reagents, and is processed using various machines. However, when this test is unavailable, a rapid antigen test can also be used to diagnose people with consistent symptoms of COVID-19.

It is more simple and cheaper compared to the PCR test. The only problem is that it can produce false-negative results. False-negative occurs when a test indicates a negative result for someone who has been infected with the virus.

But in using antigen tests for screening, extra caution must be exercised as there is a possible risk of false-negative results. For people getting tested with a rapid antigen test, receiving a negative result does not automatically mean that they are guaranteed to be uninfected. As such, it is advisable to repeat the test every three to five days.

Moreover, the Centers for Disease Control and Prevention or CDC has advised individuals who tested negative on a rapid antigen test but still show symptoms of COVID-19 must take a PCR test to confirm test results.

The main difference between the rapid antigen test and the PCR test is their difference in the analytic sensitivity of the assay.

The rapid antigen test has a sensitivity of 30% to 40% lower than the PCR, depending on whether the tested subjects are symptomatic or asymptomatic. Lower sensitivity has advantages and disadvantages.

The primary disadvantage is the risk of false-negative results for people with low viral loads and those who may be early in infection and spread the virus to others. Preventing this risk can be done through a series of testing.

The negative predictive value of the commonly-used rapid antigen tests or the likelihood of someone with a negative test being truly negative for infection is greater than 98%. Also, it has a lower chance of detecting residual nucleic acid from a remote infection for recovered individuals. Therefore, its advantage is lowering the chance of unnecessary isolation and quarantine precautions and repeated rounds of testing.

The United Kingdom, like other countries in Europe, is using antigen testing for its testing strategies. In truth, Heathrow airport is offering antigen tests for last-minute travel plans as well. The cost is relatively cheap and can deliver results within an hour. However, such tests must be booked before arriving at the airport.

In Germany, Gerard Krause, the epidemiology department director at Helmholtz for infection research, recognised the importance of rapid antigen testing and suggested that low priority patients must be screened with a rapid antigen test and PCR test for those who are with COVID-19 symptoms.

The method of testing proposed by Gerard Krause will help save more accurate tests for high-priority patients and testing individuals in general.

In the UK and US, alongside other countries have initially implemented the need for PCR testing before travelling and require travellers to present a fit to fly certificate. As such, many people became frustrated with how slow and expensive the screening process was. People had to quarantine before and after their travel and wait for the results of their coronavirus test before they are allowed to travel or leave quarantine.

Fortunately, with the introduction of rapid antigen tests in airports, results are now available within a few hours. The fast-tracking process allowed travellers to resume their plans on time with little interruption.

Aside from EU countries, the COVID-19 rapid testing is increasingly becoming more significant to other countries. Unlike the other test for coronavirus, it can produce results within an hour, sometimes quicker.

Countries like Italy, Switzerland, United States, and Germany have already bought millions of antigen tests. This testing method is expected to slow the spread of the virus as it enables governments to test a significant number of people and identify who is infected or not.

← Prev: The Role of COVID-19 Testing in a Post-Vaccine World Next: Things to Remember When Planning a Short Trip to UK → 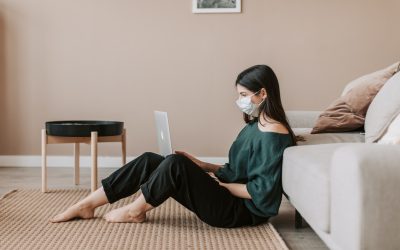 How to perform an antigen test at home?

Taking a coronavirus test is critical to preventing the spread of the SARS-CoV-2 virus that causes COVID-19. With the... 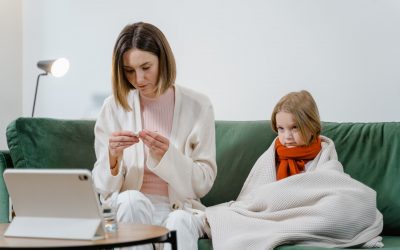 Omicron Infection: How do I know if I am Infected

Omicron, also known as B.1.1.529, was identified as a variant of concern by the World Health Organization last... 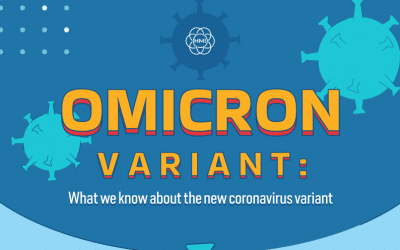 Omicron Variant : What we know about the new coronavirus variant